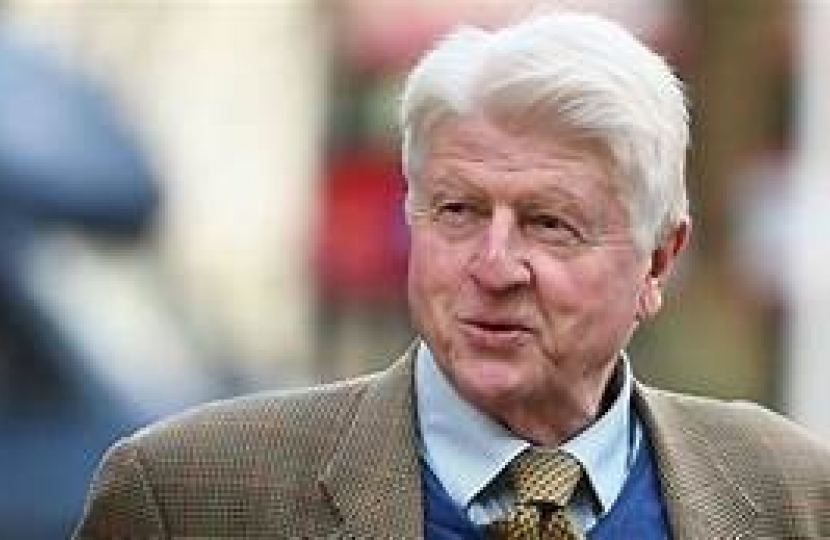 Environmentalist, author and politician Stanley Johnson is the guest speaker at the Southwater, Shipley and Billingshurst Branch event on Saturday 29th January at 12 noon courtesy of Mr Gordon Lindsay at his home in Shipley. The lunch time event is £10/head which includes a cold buffet lunch, wine, introduction by Jeremy Quin MP, talk by Stanley with Q&A session and hopefully book signing. Places are limited.

Stanley is above all a West Countryman. He was born in Cornwall in August 1940.  Since 1951 his family has farmed on Exmoor and he still manages the farm there today. On leaving Oxford in 1963, Stanley was awarded a Harkness Fellowship to the United States in 1963. He is a former Conservative member of the European Parliament (MEP) where he served (1979-1984) as Vice Chairman of the Parliament's Committee on Environment, Public Health and Consumer Protection.

He has also worked in the European Commission (1973-1979) as Head of the Prevention of Pollution division and (1984-1994) as Senior Adviser to DG Environment and as Director of Energy Policy.  He is the author of numerous books dealing with environmental issues, including the Politics of the Environment, the Earth Summit, and the Environmental Policy of the European Communities. He has also had novels published, including "The Commissioner" which was made into a film starring John Hurt.

Stanley is not to be outgunned by his clan of outrageously talented children which includes a columnist, a banker, a singer, a sustainability expert, and a Prime Minister; he masterminded a successful campaign to end seal hunting in Canada and was awarded prizes by Greenpeace, the RSPCA and WWF for his conservation work; and not to forget had a very popular appearance in "I’m a Celebrity Get Me Out of Here".

Behind the infectious Johnson humour, there lies the deep passion of a man who has spent his life in search of wild places and wild animals and is committed to their defence.