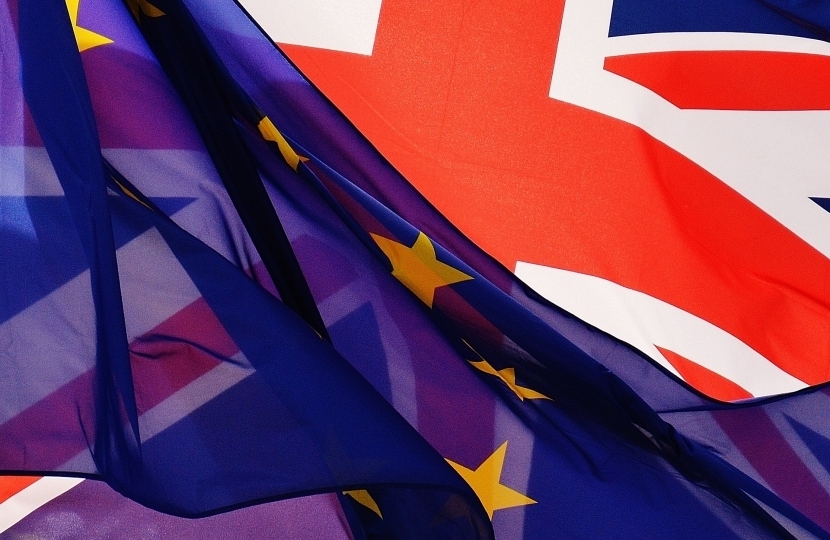 Speaking recently, Jeremy Quin, MP for Horsham said he was pleased that we will have a Queen’s Speech on 14 October.  The current session of Parliament has lasted longer than any since the mid-17th century.  It is entirely appropriate that a new Prime Minister will want to set out his own priorities and legislative agenda.  The correct way to do so is via a Queen’s Speech, opening a new session of Parliament. Since 2010 we have done so much as a country to get our national finances back in order.  We cannot allow ourselves to slip back into the financial mess from which we have escaped - but alongside the Government’s multi-year commitment to increase substantially spending on the NHS, there is room for domestic reforms supported by focussed investment.  I am looking forward to positive announcements especially on education and the police - two areas in particular that will resonate in Horsham.

Generally, there is a Queen’s Speech every year and it is always preceded by a Prorogation.  Prorogation is the formal ending of one Parliamentary session before another is resumed - it’s closing one chapter in a Parliament and starting one anew.  We were expecting, as is normal, for Parliament to rise for the conference recess in September and return in early October.  The impact of the pre Queen’s Speech Prorogation has meant that the Commons Chamber will be sitting for some 5 or 6 days fewer than expected.  Given these facts, we view the reaction to this announcement, in certain quarters, to have been overblown.

To be clear the Commons will be sitting on either side of the critical EU Council meeting on 17th/18th October.  It will be sitting in the run up to our departure from the EU on 31st October.  It is very much hoped in that period we will be debating a new Deal agreed with the EU.

Above all the Commons (as has been the case routinely since 2010 but wasn’t generally the case under the prior Labour Government) is sitting in September.  The Commons convenes on Tuesday 3rd September.  If the Opposition believe the Government does not have the confidence of the House of Commons and they wish to test this there are perfectly proper routes available to them of which they are well aware.

Leaving the EU with a Deal

The idea of holding a referendum on our membership of the EU (generally as a means of “settling the debate”) was widely floated across the political spectrum before Parliament debated the concept.  The House of Commons supported the idea overwhelmingly (544 supported it at second reading including Conservative, Labour and Liberal Democrat MPs, 53 opposed).

No one knows how the Horsham constituency voted as the votes were not counted on that basis (in Horsham District, which has different boundaries, 51 per cent voted to Remain and 49 per cent to Leave) but this was in any event a national vote requiring a national response.

Jeremy has consistently believed that the referendum vote to Leave, removing the UK from the political and legal structures of the EU, must be implemented.  His preference has always been for us to leave the EU with a Deal that preserves, inter alia, as much as possible the economic benefits of our close proximity to the European Single Market.

The only way to leave avoiding “No Deal” is to support a Deal.

The Government negotiated and agreed with our European partners a Withdrawal Agreement.  It would have secured our exit from the European Union with a Deal.

Jeremy supported it in Parliament on three separate occasions.

MPs who claim they want to leave but leave with a Deal had a golden opportunity to do so.  They should have backed it, not enough did so.

Having failed to secure the compromise Withdrawal Agreement, Jeremy voted to extend Article 50 to give further time for the Government to engage with the Opposition to see if a way forward could be found.  The Opposition broke off those talks.

The point was made continually that if Parliament voted to reject the Deal agreed with the EU the prospects of us leaving without a Deal (which “de facto” Parliament had voted to establish as the default position) would rise.

Had the Commons voted the way I voted, by now we would have left the EU and I believe would be well on our way to agreeing our future trading arrangement.

Instead having voted overwhelmingly to hold a Referendum and then voted (also overwhelmingly) to trigger Article 50, the process by which we Leave, Parliament has since rejected the agreed Withdrawal Agreement without agreeing any alternative approach.

The Prime Minister wants us to leave with a Deal.  He is attempting to agree just such a Deal with the EU, one that will secure the support of Parliament prior to us leaving on 31 October.  It is in both parties’ interests that such a deal is agreed.  In the meantime we have to plan for the eventuality of a "No Deal" departure.  This is not our preference but from the moment Parliament rejected the agreed Withdrawal Agreement, we lost the guarantee we then held from the EU that we could leave with a Deal.  In these circumstances not to plan for leaving without one would be irresponsible.

The Government has the full support of Horsham Conservatives in both seeking a Deal and in ensuring that we are prepared for the eventuality of a “No Deal” departure.