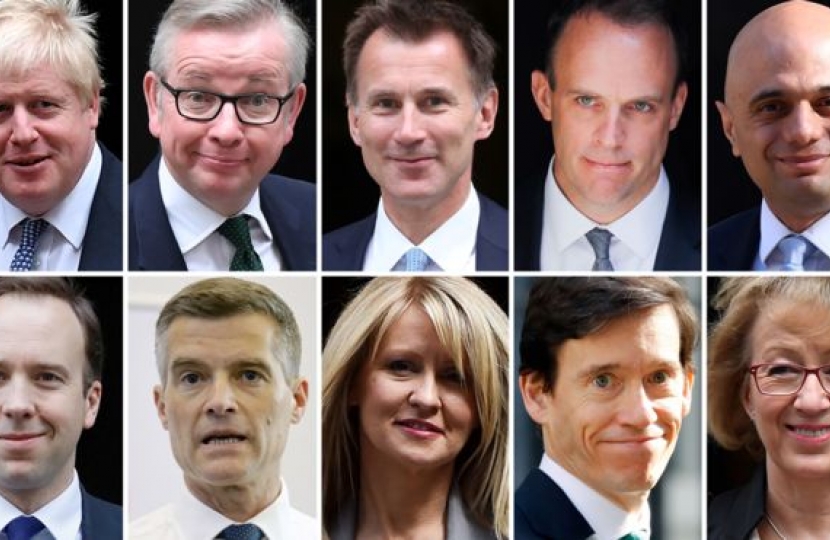 Six MPs now remain in the race to be the next Conservative Leader and Prime Minister.

Mark Harper, Andrea Leadsom and Esther McVey were eliminated after failing to get the necessary 17 votes in the first ballot of Members of the Parliamentary Party on Thursday. Early on Friday morning, Matt Hancock, who won 20 votes, took the decision to withdraw from the contest.

Here is a list of the candidates who will be contesting the second round;

Second round voting begins on Tuesday 18 June. Any candidate receiving less than 33 votes will be eliminated. Successive votes will take place up to Thursday 20 June until there are only two candidates remaining. These will subsequently be put to members of the Conservative party for a postal ballot.

The new Leader is expected to be announce during the week of 22 July.