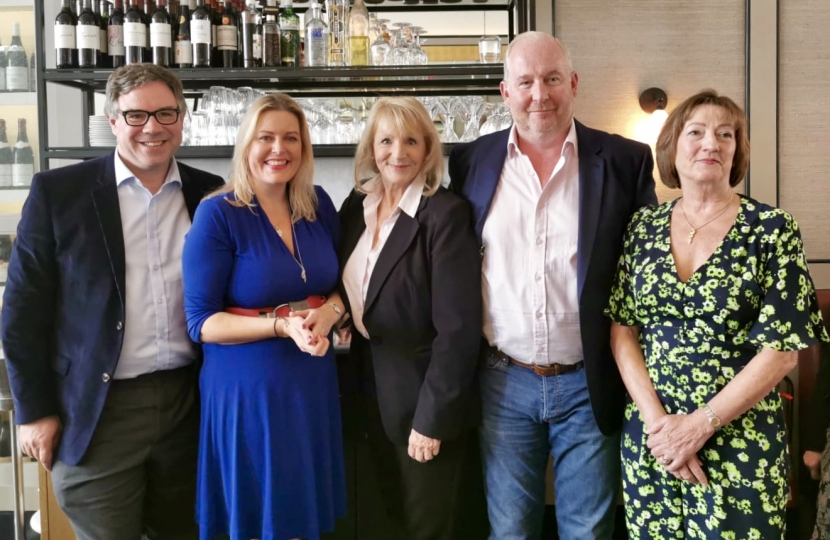 The Conservative Women's Organisation of the Horsham Conservative Association held a luncheon on Saturday afternoon at the Côte Restaurant in Horsham. The guest speaker was Mims Davies MP, Parliamentary Under-Secretary of State for Employment at the Department for Work and Pensions.

The lunch was well-attended and guests enjoyed a two-course lunch along with a glass of wine.

Mims is a former student of Collyer's in Horsham and so is very much a 'local girl'. She was able to update attendees not only on the general work of the Government but also of the positive reception of Universal Credit and the strong economic success story of record-high levels of employment in our country along with unemployment at its lowest level for around 45 years.

The lunch was also attended by the National Chairman of CWO, Julie Iles, who also briefed attendees on CWO activities and on local political developments.