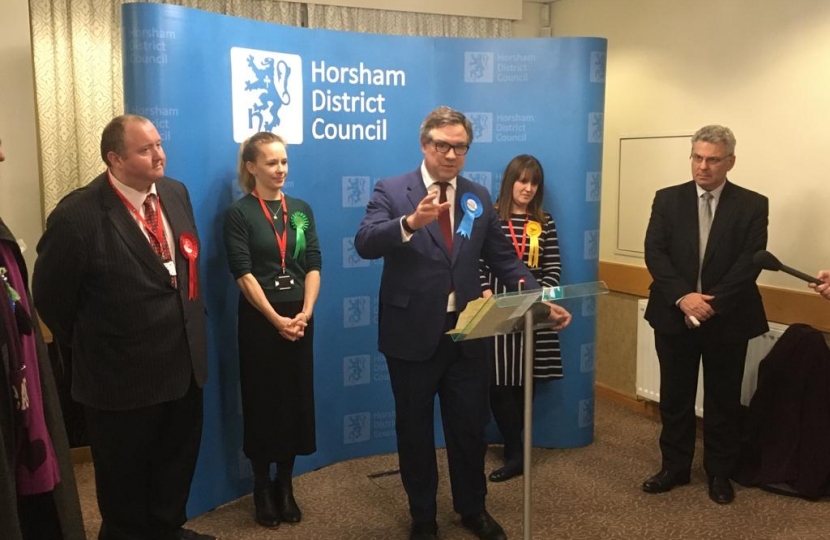 We are delighted to announce that Jeremy Quin MP has been returned as the Member of Parliament by the people of Horsham to represent them in the House of Commons.

After fighting a fantastic campaign with positive messages, Jeremy secured 35,900 votes to win with a majority of 21,127 and 56.5% of the votes cast.

Commenting on the win, Adrian M Lee (Chairman of Horsham Conservative Association) said, "It was absolutely fantastic to see the people of Horsham once again place their trust in our excellent candidate and return Jeremy to the House of Commons with such a great majority. Jeremy is a hard-working and conscientious MP and I know how honoured he feels to be elected once again by the constituency. I am certain he will continue to serve the interests of the people right across the constituency with his usual focus and determination."

This is the third time Jeremy has faced the ballot box in just four years and on each occasion has secured well over 50% of the votes cast.

We now look forward to getting on with Brexit and moving the country forward with a fantastic one-nation Conservative programme for government.