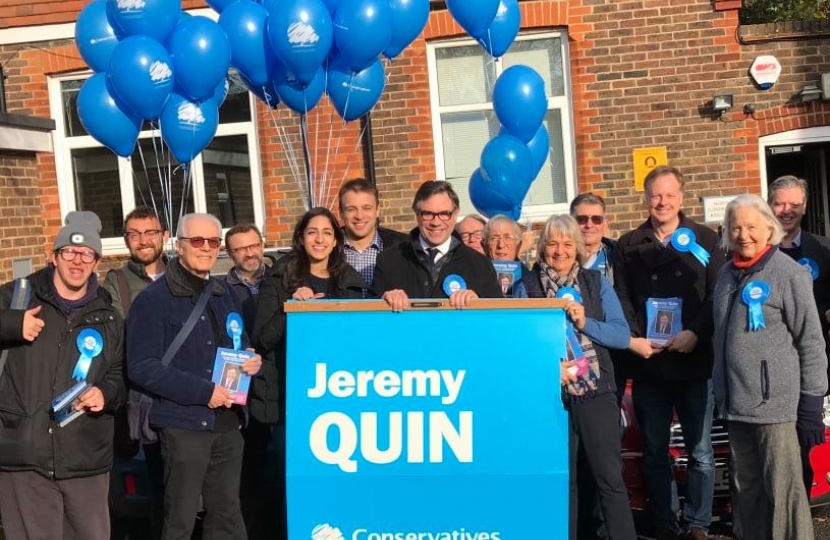 Jeremy Quin and Horsham Conservatives today launched their campaign to have Jeremy returned as the Member of Parliament for Horsham on 12 December 2019.

A large number of members, campaigners and activists turned out in Horsham today to support Jeremy. The campaign began in the historic Carfax in the heart of Horsham town where the team met with members of the public, handed out campaign leaflets and introduced residents to Jeremy personally. Jeremy was first elected as the MP for Horsham in May 2015 and was returned again in the June 2017 election with an even larger share of the vote.

Jeremy lives in the constituency and campaigns hard for local people on a range of issues including the rail service, Gatwick expansion and school-funding.