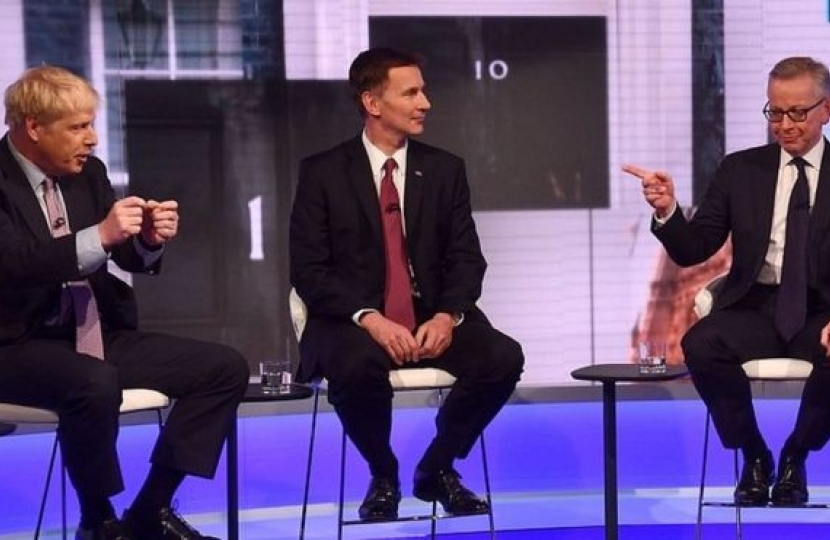 So the result of the third ballot is now out. Of the 313 Members of Parliament representing the Conservative Party, 157 or 50.16% voted for Boris Johnson. Michale Gove leap-frogged Jeremy Hunt and they won 61 votes and 59 votes respectively. The Home Secretary, Sajid Javid was eliminated from the contest after securing only 34 votes from colleagues.

The question now is what happens to those votes for Sajid Javid? Assuming no mass-defections from the Boris camp, then it is very close indeed between the Foreign Secretary, Jeremy Hunt and the Environment Secretary, Michael Gove to see who joins Mr Johnson on the ballot paper for the membership.

The final stage of voting now begins at 1530 and ends at 1730 today with the final result expected at around 1815.