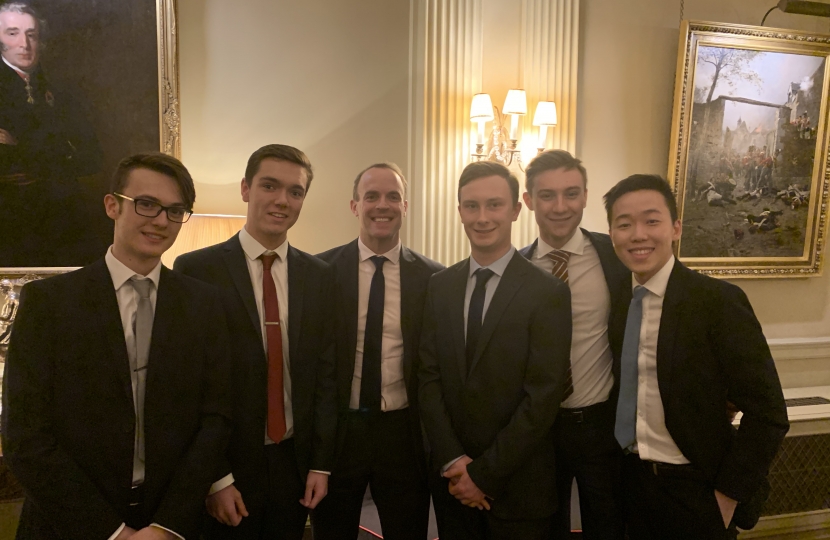 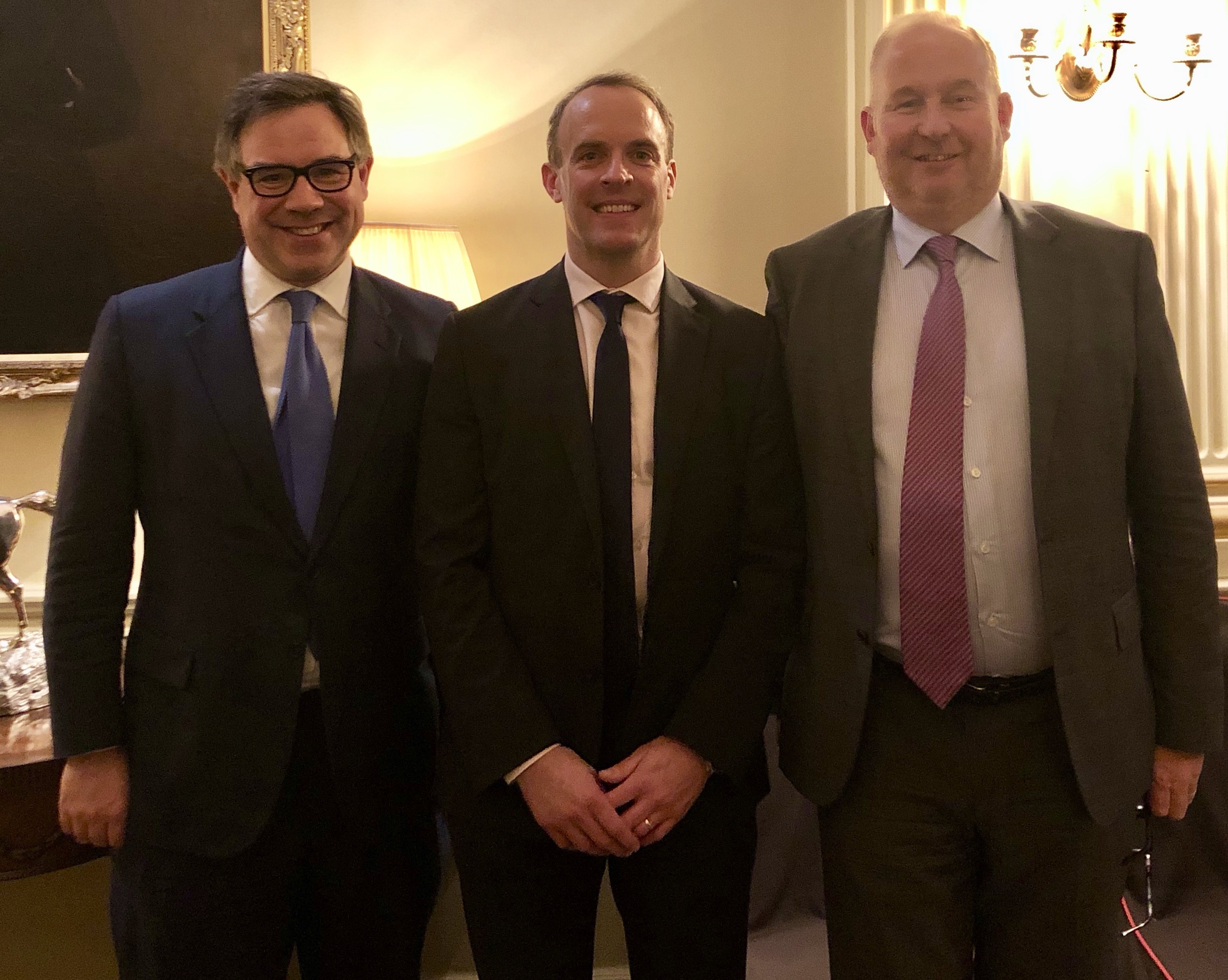 Last night, members of the Horsham Conservative Association Patrons Club attended a dinner in London at which the guest of honour was the Foreign and Commonwealth Secretary, the Rt Hon Dominic Raab. Members enjoyed a wonderful three course dinner and afterwards were entertained and informed by an excellent speech from our guest.

The dinner was the final event of the 2019 schedule and was enjoyed by a large number of Patrons Club members. It was particularly pleasing to see a number of our younger members from the YCs present on the evening and the Foreign Secretary was only too pleased to be able to engage with them during and after the dinner.

The Patrons Club of Horsham Conservatives is a separate membership organisation within the Association. The primary focus of membership is to support the Association by being involved, but not committed to its every day work. Patron is a fundraiser group, where from time to time we ask for assistance from our Patrons Members. The Chairman is Jeremy Quin.