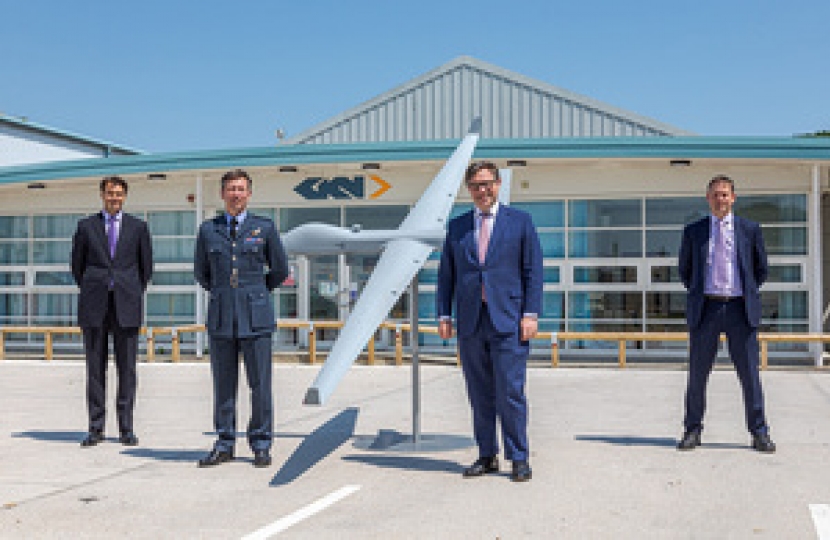 Defence Minister Jeremy Quin at GKN Aerospace on the Isle of Wight.

A £195 million contract for a further 13 cutting-edge Protector aircraft has been signed. Defence Minister Jeremy Quin announced the new contract during a visit to GKN Aerospace (GKNA), who are manufacturing key parts of aircraft on the Isle of Wight.

Protector is a Remotely Piloted Aircraft System (RPAS) that will provide critical surveillance capability for the RAF and will be equipped with a suite of surveillance equipment and precision strike weapons to deploy against potential adversaries around the globe, all while being operated from RAF Waddington in Lincolnshire.

16 aircraft have now been ordered from General Atomics Aeronautical Systems Inc (GA-ASI) and are expected to enter service with the RAF by mid-2024, doubling the capability currently provided by Reaper. The investment also includes four additional ground control stations and associated support equipment.

At GKNA’s Cowes site, Minister Quin saw first-hand how the programme benefits UK industry as they manufacture the V-tails for Protector and other SkyGuardian variants for customers across the world, including Belgium and Australia, following their partnership with GA-ASI.

Our fleet of sixteen Protector aircraft equipped with ultra-modern technology will provide the RAF with a vast global reach allowing us to monitor and protect the battlespace for hours on end.

The Protector programme involves industry across the UK with vital parts of the aircraft manufactured on the Isle of Wight, supporting highly-skilled jobs for years to come.

The commitment to a 16-strong Protector fleet was outlined in the Defence Command Paper and is supported by the £24 billion uplift to the defence budget over the next four years.

With 12 UK industry partners, the programme is bringing together world-leading technology and service providers to work with GA-ASI, supporting over 200 UK jobs with £400 million being reinvested into UK industry.

Protector will be deployed in wide-ranging Intelligence, Surveillance, Targeting and Reconnaissance (ISTAR) operations where its ability to fly consistently for up to 40 hours offers the RAF vastly improved armed ISTAR capability.

The contract for the additional 13 Protector aircraft, taking the total to 16, is a major milestone for the UK. When Protector enters service in 2024, UK Defence will take an enormous jump forward in capability, giving us the ability to operate globally with this cutting-edge, highly-adaptable platform.

The first three aircraft were ordered last year, with the first two completed and currently undergoing test and evaluation in the US. The first aircraft delivery to the RAF will be in 2023.

I am delighted the purchase of a further 13 Protector aircraft has been confirmed enabling us to ensure the RAF will have the increased capability needed to operate effectively in the modern battlespace.

Later this year, Protector’s capability will be demonstrated in the UK. A SkyGuardian aircraft will take to the skies in Lincolnshire before taking part in Exercise Joint Warrior from RAF Lossiemouth.

Protector will have to meet stringent NATO and UK safety certification standards meaning it could operate in civilian airspace. It therefore will also be available, if requested, to support civilian agencies in the UK, for example in search and rescue and disaster response missions.

The fleet will also have advanced anti-icing and lightning protection, providing the RAF with unprecedented flexibility to operate in adverse weather conditions. 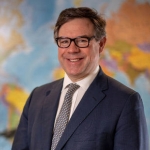