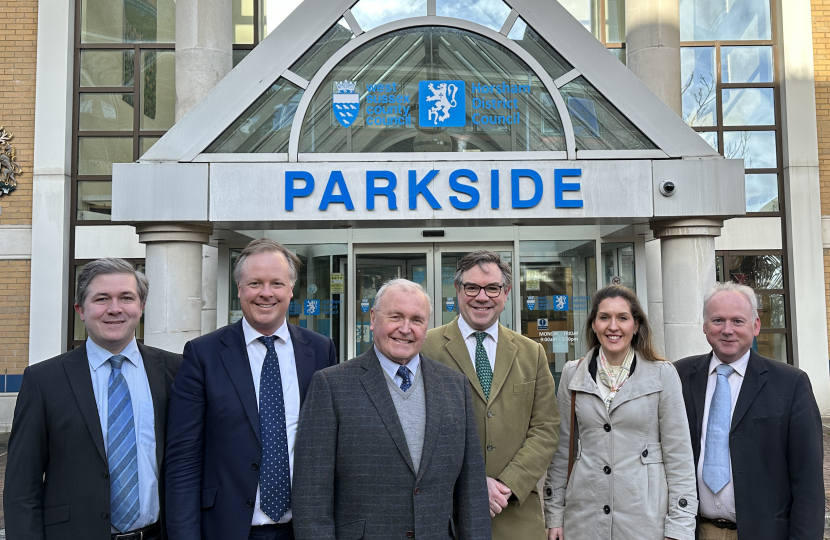 Cllr Alan Britten, who is chairman of North Horsham Parish Council and was first elected to Horsham District Council (HDC) in 2015 for the ward of Roffey South, has today joined the Conservative Party and will sit as a member of the Conservative Group at HDC.

Alan leaves the Liberal Democrats saying that only the Conservatives deliver on their promises to the town and district and the local environment.

Alan, is retired after working for Sussex Police and has lived in the town since 1980.  He started and is still in charge of the town’s community car scheme, and is the welfare officer for retired police officers in the northern part of the county.

Cllr Alan Britten said: “I have always been impressed with the success of the Conservative led council and what they have achieved for our district and our town.  The Conservative led Council have put the environment at the forefront of their agenda and the cabinet are passionate about this – and rightly so.

“As a Conservative Council we recycle 53% of all residual waste and we are ranked number 50 out of 338 local authority recycling performers in the country.  What this Conservative Council has been doing for Nature Recovery Networks and the expansions that are planned is just fantastic for preserving and restoring our natural habitats, linking up areas of high nature value in all corners of the district.

“And we do all this and more with fantastic local services and the lowest council tax in Sussex.

“I had been a lifelong Conservative and sat for the last three and half years as a Liberal Democrat.  However, I’ve seen over those few short years that Liberal Democrats are all talk and no action.  They just moan and kick the Conservatives and never praise the Council for all the good work we do.  At each Council meeting I’ve grown weary of their silly and petty political point scoring in the Council Chamber.  Not once ever have they brought a notice of motion to full Council praising the Council for all the good work they and the officers at the council do for our local communities.

“And importantly to me, the local Conservatives are passionate about Horsham and having the very best facilities for our town.  There’s the investment in our town centre at The Forum to West Street and the soon to be upgraded fountain in The Forum.  Then there is the fact that Horsham Park has won for the third time the prestigious international Green Flag Award.  Last spring Horsham came in the top three as the top town for business in in England.  And to top it off, at the end of last year, Horsham was ranked as the happiest place to live in Sussex and as the third-happiest place to live in South East England.  I could go on - but the list of achievements the Conservatives Council deliver is just endless.

“These things don’t happen by accident.  It’s a hardworking Conservative Council and it’s their passionate cabinet.  It’s local Conservative councillors delivering locally and I’m excited to be with them and be a part of it and be part of the local successes.”

Horsham Conservative Association Chairman, Ross Dye said: “It is great to have Alan as a member of the Conservative Party and Conservative Group where he will continue to put local residents first in Roffey South.”