Councillor for the Holbrook Division.

Originally from Lancashire, Andrew has lived in Holbrook since December 1989.

Andrew is proud of the fact he is a Governor at Holbrook Primary school, something he has done for 20 years.

He served on Holbrook Youth Club’s Management Committee for 13 years, was Treasurer for Fairtrade Horsham and Chairman of Horsham District Access Forum for many years.  He is a strong voice for local residents who supported Horsham Football Club’s move to Hop Oast. 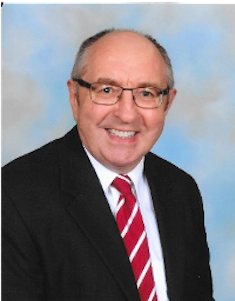