Our President is Michael Prideaux. Michael is a long-standing supporter and member of our Association and has been a member of our Patrons Club since its inception. Professionally, he held a number of senior positions in business throughout his long and successful career before retiring in 2012. Since then, although enjoying retirement he has, nonetheless, remained very much active with a range of interests.

Michael has been Chairman of Trustees at Chelsea Physic Garden since January 2015 and a Trustee from July 2012.  He is a previous Prime Warden of The Worshipful Company of Goldsmiths and Trustee of the Goldsmiths’ Centre, where young goldsmiths, silversmiths and jewellers are trained.  He has also been Chairman of the Old Etonian Association.  He spent much of his executive career at British American Tobacco, where he was a member of the Management Board and responsible for Corporate and Regulatory Affairs.

Michael brings a wealth of experience and we are delighted to have him as our President. 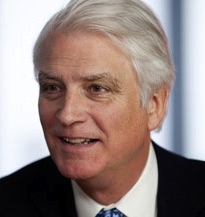